Tom Jordan and The Mellor March 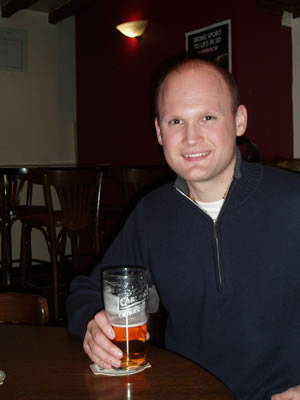 Sportsmanship, love of the game and a winning smile ensured Tom Jordan from Rowarth a place on any team, from school football to Mellor lacrosse. Then at 17 he confronted a callous cheat of an opponent, cancer, which destroyed his left knee. Three years later, its spread meant he had to lose his leg. Determined not to be beaten, Tom completed his law degree, secured a trainee solicitor position and returned to playing football. Now 26, he’s captain of the 20-strong national squad who recently took part in the WAFF amputee football world cup in Argentina. He even scored the first goal of the tournament, in the game Great Britain won 2-1 against Haiti.

“I presumed my sporting days were over,” he says. “Just before my operation, the staff at Christie’s arranged for a former patient to come to see me. He was mad on football and told me he was still playing, with the team in Manchester, and the England side, and thought I might be interested. Having that lined up gave me a goal, something to focus on through my treatment and recuperation. As soon as I was fit enough I joined the Manchester club, which is the national hub of amputee football. Being selected for the team to go to the World Championships was only half the challenge, the other half was raising the money to get there. We had generous responses to our bucket collections in supermarkets and from company sponsorship, but as we got close to having to confirm our entry and our flights, we were still short.”

Word that the squad might have to pull out of the competition reached the Mellor March organisers, who had no doubt that Tom qualified for a donation – he lives in this community and is affected by cancer – and contributed £2,000. That, along with an extra burst of support from local people and businesses, sent the team on its way.

“The trip was an amazing experience,” Tom reports. “The tournament was held in Crespo, a two-hour flight north of Buenos Aires, and we stayed in a small town called Viale. Our accommodation was twenty beds in a church hall – not what Wayne Rooney and company would expect, I guess – but the people more than made up for the basic amenities. They were clearly proud to be hosting an international event and made us very welcome. 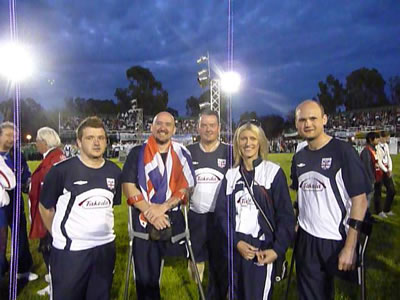 “The Argentinians are very passionate about their football and we were treated like celebrities. There were crowds of 10,000 at the opening and closing ceremonies, and 4,000 or 5,000 spectators at each game. October is the start of summer there, so it was too hot to play in the day, kick offs were at 9.30 in the evening.

“Kids were chanting 24/7 outside our accommodation, asking us to sign their Argentina shirts or have a photo taken with us, and the older ones wanted to practise their English As we walked down the streets people came out and invited us into their homes, or asked us to come to their barbecues.

“We finished 7th in the competition, beating Ukraine 2-0 in the play off. We lost our three second round games, but we had drawn the toughest opposition with Uzbekistan, the favourites, who won, Russia and Brazil.

“One thing was rather strange,” he recalls. “We realised there was a perception that the British team would be rather dour and surly, as if we didn’t want to be there, because of the Falklands and Maradona’s ‘hand of God’ incident. But we must have shown how happy we were to be there, as people told us we were one of the friendliest teams and that they really liked us. We visited some primary school assemblies, with local English speakers interpreting for us, and we did a questions and answer session on the radio. So, quite apart from the football, if we have done our bit for international harmony, it was well worthwhile.”

This website uses cookies to improve your experience while you navigate through the website. Out of these cookies, the cookies that are categorized as necessary are stored on your browser as they are essential for the working of basic functionalities of the website. We also use third-party cookies that help us analyze and understand how you use this website. These cookies will be stored in your browser only with your consent. You also have the option to opt-out of these cookies. But opting out of some of these cookies may have an effect on your browsing experience.
Necessary Always Enabled
Necessary cookies are absolutely essential for the website to function properly. This category only includes cookies that ensures basic functionalities and security features of the website. These cookies do not store any personal information.
Non-necessary
Any cookies that may not be particularly necessary for the website to function and is used specifically to collect user personal data via analytics, ads, other embedded contents are termed as non-necessary cookies. It is mandatory to procure user consent prior to running these cookies on your website.
SAVE & ACCEPT